EARLY HISTORY OF THE CITY OF BRADY, TEXAS

After the Civil War ended, settlers streamed into Texas and McCulloch County. Many of them settled along Brady Creek, named after Peter R. Brady. He was a member of an 1847 surveying party who surveyed most of the Fisher Miller Land Grant that included much of McCulloch County. In the mid-1870s, Henry and Nancy Fulcher, the first setters along the creek, and T.E. Smith donated land for a town site known as Brady City. When the town was incorporated in 1906, the name was shortened to just “Brady.”

Growth of the town was spurred by the choice of Brady as the county seat in 1876. A stone courthouse was quickly completed in 1878 as was the first county jail- which, being of poor quality, was replaced by a new facility in 1910 that now houses the Heart of Texas Historical Museum. There was soon a weekly newspaper, several churches, a district school, retail stores, two hotels, and the ubiquitous saloons.

During the 1870s and 1880s, ranching was the primary occupation in the Brady area. Beginning in the late 1880s and continuing into the early 1900s, an influx of immigrants, many of them Swedish, led to an increase in the number of farms. With the arrival of the railroads in 1903 and 1912, Brady became a principal shipping point for Central Texas.

Although Brady grew slowly, its population remained mostly stable. In 1926, Brady residents held a two-day barbecue to celebrate the building of Richards Park on forty-two acres donated to the city by F.M. (Buck) Richards. Pleased residents labeled the celebration the “July Jubilee,” and it continues to be a Fourth of July tradition.

With the advent of World War II, the character of Brady and McCulloch County began to change. Curtis Field opened as a pilot-training school in 1942. After the war, several of the Curtis Field trainees chose to make Brady their homes. Many of the returning soldiers chose not to resume their lives on McCulloch County’s farms and ranches and either moved into Brady or into larger cities and towns in other areas.

From the 1920s through the 1950s, Brady’s population slowly increased until it reached a peak of 6,800 in 1958. After the section of railroad track between Brownwood and Brady was abandoned in 1959, the population fell to 5,338 and has since remained at about that number.

After pari-mutuel laws were passed in 1989, the horse-racing track at G. Rollie White Downs operated briefly but soon closed in 1990. It is now the scene of several local functions, including the McCulloch County Junior Stock Show. Popular events at Richards Park include the Labor Day Goat Cook-off and McCulloch County Early Days in April. Places of interest include the Heart of Texas Museum, the Heart of Texas Country Music Museum, the renovated Palace Theater, the Morgan Air Museum and Brady Lake (built in 1963, mainly to control the flooding that had historically ravaged Brady). 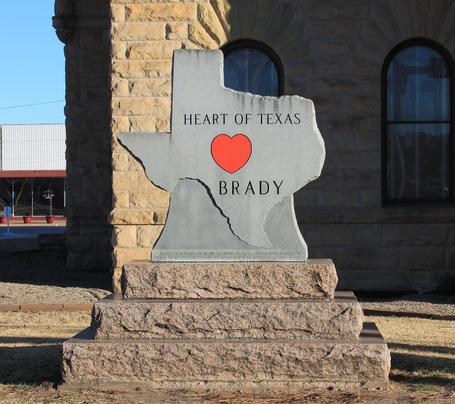 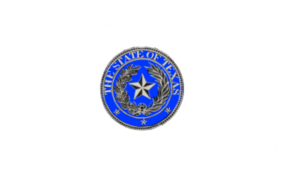 ​​"Working to Preserve and Promote the Historic and
Cultural Resources of McCulloch County, Texas​"